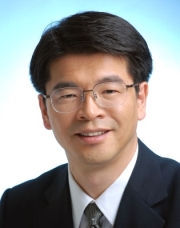 Laboratory of Drug Metabolism and Pharmacokinetics,

On January 1, 2014, Professor Hiroshi Yamazaki became the fourth Editor-in-Chief of Drug Metabolism and Pharmacokinetics (DMPK), the official journal of the Japanese Society for the Study of Xenobiotics (JSSX).  The former Editors-in-Chief, Professors Masahiro Hayashi, Kan Chiba, and Ikumi Tamaki, and their editorial teams did a tremendous job in setting up and developing DMPK into the successful international journal that it is today. To make your research available to a worldwide audience, the Editorial Office would like to invite you to submit your manuscripts to DMPK, which is included in the Thomson Reuters Scholarly & Scientific Research platform.  We are pleased to provide you with the latest impact factor.  Of significance this year is DMPK with an impact factor of 2.863.

Based on the current increasing trend for the mechanistic evaluation, the detailed analysis of human enzymes, metabolites, transporters, and the increasing potential for reliable predictions, the DMPK Editorial Board recognizes the global importance of these hot topics and welcomes your contributions as reports or discussions to be published in the journal, thereby ensuring that your views and findings will be seen by the drug metabolism and pharmacokinetics community worldwide.