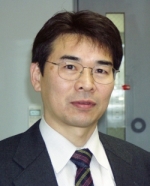 For Further Contribution of DMPK to Drug Discovery, Development and Pharmacotherapy

Department of Membrane Transport and Biopharmaceutics Faculty of Pharmacy

New editorial team of Drug Metabolism and Pharmacokinetics (DMPK) , an official journal of Japanese Society for the Study of Xenobiotics (JSSX) was launched January 2010. This Journal has at least two missions; one is to provide the place for communication among scientists doing research on drug metabolism and pharmacokinetics in academia and industries. The other is to serve as members of JSSX to release their research products to the world by publishing their works. To accomplish these missions, the Journal must be accepted as a scientifically reputed one. Former Editor-in-Chief Prof. Kan Chiba, and his editorial team were very successful to make Drug Metabolism and Pharmacokinetics an internationally recognized journal by finally getting Impact Factor 2.641 from Thomson Reuters (ISI) in 2009. At the same time, the number of submissions from outside of Japan is significantly increasing. In addition, we should not forget the achievement of the first editorial team of DMPK with Prof. Masahiro Hayashi as Editor-in-Chief which established current DMPK style from former basically published in Japanese Xenobiotic Metabolism and Disposition. We would like to thank the former editorial teams for their tremendous effort to establish current Drug Metabolism and Pharmacokinetics.

To make this Journal more attractive for both authors and readers, further internationalization and increase in scientific quality are essential. The new editorial team has been joined by two editors from outside of Japan, Prof. Jinding Huang, Taiwan and Prof. Suk-Jae Chung, Korea along with eight Japanese editors. This is the first time to have editors from outside of Japan DMPK editorial team. This should contribute to the restart of further globalization. On the new editorial team, I am very glad to have actively working scientists in the fields of drug metabolism, pharmacokinetics, drug transporters, toxicity, analytical method, clinical practice and pharmacogenomics, eight from academia and two from industries as editors. So, we are now ready to globalize Drug Metabolism and Pharmacokinetics during the coming four years.

In addition, for JSSX members I am sure that DMPK News Letter is essential part of DMPK. I expect the new Editor-in-Chief of News Letter, Prof. Hiroaki Yuasa and his team to attract JSSX members by publishing useful and enjoyable articles as well as current information and events related to our society.

As you may understand from the specialty of editors, Drug Metabolism and Pharmacokinetics will accept papers on enzymes, transporters, pharmacokinetics, pharmacogenomics, toxicity and analytical methods related to drugs, xenobiotics and metabolites. They are not limited to basic research from laboratory. We also welcome clinical observations that might be related to those issues found in patients who take medicine from pharmacists and other clinical professionals. Regulatory issues are also important topics of DMPK. A recent announcement of white paper on transporter-related drug-drug interaction from the International Transporter Consortium (Nature Rev. Drug Discovery, 9:215, 2010) should be one outcome of longtime DMPK research.